Google is revealing additional details about the 12 accidents its driver-less cars have been in.

The summary they released stated all of the accidents were minor, and no injuries have been reported. Google also states that their driving technology was not to blame in any of the accidents.

The cars began being tested in 2009 and the first accident was in May 2010. Six of the 12 total accidents happened when the car was in ”autonomous driving mode”, while the other six happened when staff were driving. Its also good to note that some of the accidents were completely unpreventable (on the cars behalf). Like in the case when another driver bulldozed through a stop sign into the self-driving car. The vehicle automatically applied the breaks and the driver took over control of the car.

Google just celebrated the milestone of self driving over 1 million fully autonomous miles. With an additional 800,000 miles being driven with staffers behind the wheel.

The company aims to have a self-driving car that is better at driving than a human. Google is also planning to release the car in Manhattan this year to take advantage of the more unpredictable driving that happens on inner city roads.

Do you think Google’s self-driving cars will be the thing of the future? 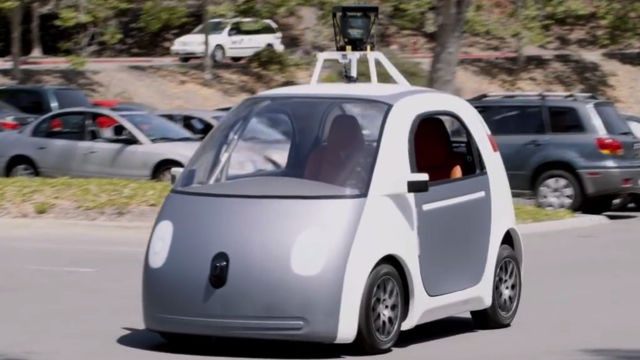 – Google’s second prototype of their self-driving car is pod like and resembles something like a Smart car or a Fiat.